...Contrary to popular belief, I am actually not the youngest. xD EED is my older brother and BCG is mah little bro. Just thought I'd clear that up for anyone who spends 6 minutes and 12 seconds of their life to actually read my page.  ...That's how long it takes me anyway. ⏱Maybe you should time yourself and prove me wrong.   :3

Though it is rather cool, I have actually never really been a huge LEGO fan. Whenever I used to get LEGO as a gift or something, I'd usually build the set then give it to my brothers since they loved LEGO. The first set I got was a little rover and assistant from the Life on Mars theme. It is still sitting around getting dusty on a long table in our LEGO city we built when we were little. However, I was on a FIRST LEGO League team for years so I did do quite a bit with LEGO Mindstorms.🤖

Okay so if I'm not from the message boards, and I don't find LEGO all that exciting, how did I find my way to this wiki?

Well in short, I guess it's NancyDrew4ever's fault. EED and BCG had joined early on in 2011 and one day BCG introduced me to Nancy who was really nice and all. We talked for a while and yeah, she's a cool girl. Gave me a less boring impression of this place. I chatted more often and made more friends using BCG's account. Because of that, Bud1955, Legocat4611, Legocat2, Man.city1, CaptainBrickmaster, and a couple others started calling me BCGirl and it stuck.

Eventually BCG tired of me using his account and having people confused as to which BCG they were talking with and stuff. So he made me this account! Ever since I have been known as BusyCityGirl. (Sometimes I wonder what I would have named my account...) I made my first edit on October 25th, 2011. Everyone congratulated me on getting my own account and you've all continued to be so friendly to me. So thanks for that. You guys are amazing. *-*

Oh, and in case you wondered, the name "BusyCity" has nothing to do with being a busy person living in a city.  xD  See, BCG's first LEGO set he got was from the Busy City LEGO theme and it came with a minifig which he promptly named the "Busy City Guy" (I mean come on, he was only like six or something). So yep, he used that as a username and since I used his account for so long, people here knew me as BusyCityGirl instead of Guy and yeah, I think you get the idea.  :P

Some things I dislike:

Most people call me BCGirl, but you can call me by whatever name strikes your fancy. (...unless BCG is around, in which case you had better not let him catch you calling me BCG or you will suffer the consequences)

Oh, and that is pronounced BC-girl, not BCG-girl as some would say it. But hey, I'm not fussy. If it makes you happy to say it a certain way, go for it. I won't complain. ;)

I've been known by way too many nicknames to list them all, but here are some that are kind of unique and have sort of stuck and I hear a lot.

◇ ~ - From CJC95 (For all you who get confused when CJC is on chat, now you know who he is talking to. See, wasn't it worth reading my page after all? ;) I answered that mystery for you.)
◇ ABC - From 15legoskull
◇ B-girl - (or sometimes BCG-irl) From Man.city1
◇ BCBeef - From Apple123356
◇ BBQ - From Rose Rainheart
◇ BCG - From Birdbot4444 (use at your own risk if BCG is nearby xP)
◇ BCg - From RePeat (this one is risky too :P)
◇ BCGal or BCGallimimus - From Legoanimals750
◇ BCG(insert stuff here) Anything involving the letters in my name and combinations with all other letters and symbols a keyboards can make, idek... - From Brickmaster7946
◇ BCGerl - From ClutchTheGreat
◇ BCGirl™ - From HyperFlash Studios
◇ BCGrill - From Brickmaster7946 and Chipika123 (used by many)
◇ BCGurl - From Madkatmaximus96 :P and Avalair  (used by just about everyone... xD)
◇ BCJirl - From Skull5657 (adopted by Brickmaster7946, TwistedAlpha, FortressOfNight, Evie Dark, or EveryOpenEye, who also has a million other nicknames... He's a master of names. x3)
◇ BCRail - From Legostudios34
◇ BritCityGirl - From Codyn329
◇ Bro - From RusMan
◇ BuCuGu - From Riolu777
◇ Busy - From GordonHenryandJamesfan1992
◇ CiCi - From ToneTyphoon
◇ Cirl - From Arya Elf
◇ Fellow Sane Person - From Aok or Aokpize
◇ GiCiBu - From PinguBonScott (Originally from LEGOMessProductions1)
◇ Grill - From Harold89
◇ Gurl - From Seaside98
◇ Laggy - From Bgirlabby
◇ Literally or Lighter or Light - From Goggles99 (Goggles has a few, so I don't even know  which to list =P)
◇ Mia - From Agenti
◇ Tygi - From Paulinekovaleva

. . .Hopefully everyone's pages are linked correctly. I'm not so good at keeping up to date with username changes. . .

As I'm sure you can see, a few sweet users selected me as a recipient of their special awards. I think they're pretty neat and am totally honored they chose to give them to me. So thanks you guys, I really appreciate your kindness!  ^-^

If you wish to add a little something of your own, please feel free to edit my page and add one. Surprise me! It's always fun to find little things like that unexpectedly.  c: 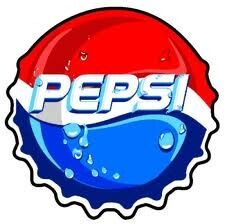 Congrats!!! You have just won a PepsiCap award given to you by Pepsicola112 (a.k.a. The Vinnie) For a special reason! It's not likely to be won by too many people.

Pepsi added the following comment: For doing good to the wiki and being my Keyboard Buddy's sister!

Legocat4611 has awarded you a CarBuddy Award! CarBuddy awards are given by User:Legocat4611 to other users for all their hard work. Great job!

There, you made it through. See, it wasn't so bad was it? Nice going. I'm proud of you! It's not every day someone reads over my entire page. ^_^

...Wait you did read it all, right?  xD  You didn't just skip to this part? (...I saw you zoning out, checking your watch, glancing at the remaining distance of the scroll bar at the edge of the screen and rolling your eyes...) Some might call that cheating you know. Not that I wouldn't do it myself, I'm just saying.  :3

Well, dear reader (...or cheater, hehe ;) ), what do you think, should I stop typing and just end things here without giving you any sort of recognition for being a cool person and stopping by and visiting? That seems almost sad. But a plain old guest book sounds rather dull too. Hmm...

Tell you what, I'll put a guest book thingy on my page if you promise to not make it boring. Okay? This could be interesting...  :P

Remember now, be imaginative... So, please do sign your name, and do something fun too!  :D

Wiki Stats - 'cause I think it's cool and handy

Community content is available under CC-BY-SA unless otherwise noted.