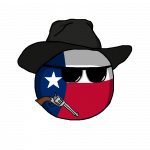 Hi! I am the LotR-loving, Daisy Ridley-obscessed, Jack Sparrow-acting Star Wars fan known to my friends as Gandy. I am fluent in many languages, such as gibberish and sarcasm (both of which I speak like a native), and can, at will, quote entire sections of movies (a skill learned through rewatching too many films). I also love to debate (even though I never win), and like to ponder the deep questions of the Universe (such as "Is the Universe finite or infinite???" and "Is Pizza really the best food on earth???"). xD

I also frequently drink rum and vodka, though we seem to keep running out (I wonder why...), and I smoke dat pot. I also do some cocaine or meth when I get bored, as well as occasionally heroin. But, yeah, that's, like my pasttime. :P

Oh, and contrary to what you make think, I am not actually completely incompetent. Shocker, right??? xD

Well! That was a boring introduction. :| (I apologize for rambling on in my narcissism. I went to the doctor today to have it treated immediately. :P)

Anyways, if you are interested in the inner workings of my soul, then read on. (But at this point, I give you permission to leave. No one should be forced to endure my insanity. xD)

"You laugh at me? I will write your grave in Comic Sans..." ~ my brother (speaking to a video game XD)

"No matter how hard you try to teach your cat general relativity, you're going to fail" ~Brian Greene (I know this is true from firsthand experience. Don't ask. Just don't. XD)

"Your future is what you dreams make it, so go to sleep." ~No idea, but he/she was evidently a genius!

"The difference between stupidity and genius is that genius has limits." ~Einstein (So true...so true...XD)

“Nothing sucks more than that moment during an argument when you realize you’re wrong.” ~An Unsung Genius (I know this is true from being frequently wrong and being too argumentative XD)

"Better to remain silent and be thought a fool, than to speak and remove all doubt.” ~Abraham Lincoln (I should take this to heart more...XD)

"Before I do anything, I ask myself: "Would an idiot do that?" And if the answer is yes, I do not do that thing. ~Dwight Schrute (Who Dwight Schrute is, I have no idea, but great quote! A true life motto...XD)

And thus ends my profile.

Retrieved from "https://legomessageboards.fandom.com/wiki/User:GandalftheWizard?oldid=840450"
Community content is available under CC-BY-SA unless otherwise noted.